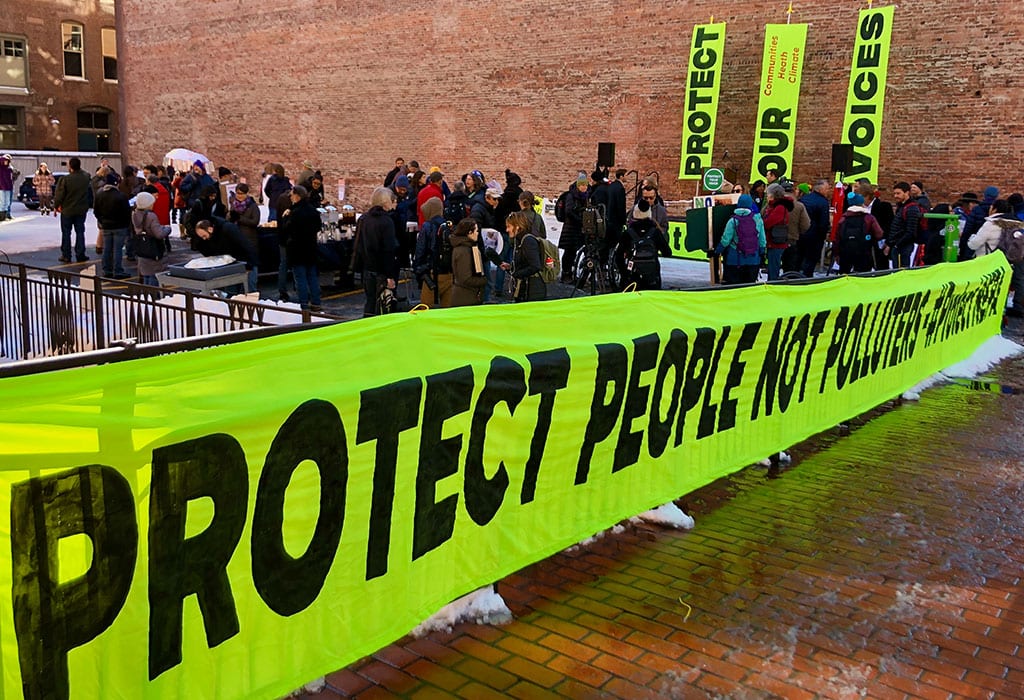 Guardians speaks out in Denver against Trump’s attacks on NEPA

Guardians was among a diverse coalition leading a high-profile charge to protect the National Environmental Policy Act (NEPA), in Denver on February 11.

At a public hearing, Guardians and allies called on the White House Council on Environmental Quality to abandon a proposal to roll back NEPA regulations. As part of its testimony, Guardians delivered a petition with more than 15,000 signatures of Americans opposing the rollbacks. Guardians also rallied outside the location of the hearings with many other NEPA defenders.

Passed 50 years ago, NEPA is the United States’ basic charter for environmental protections and ensures federal agencies analyze and fully disclose the environmental impacts of their activities. It also gives the right to be involved and to influence federal actions that may affect their environment. Guardians and other watchdogs frequently use NEPA to defend public lands, wildlife, rivers, the climate, and health.

Other notes on February 11:

Thank you to all who attended. #ProtectNEPA!