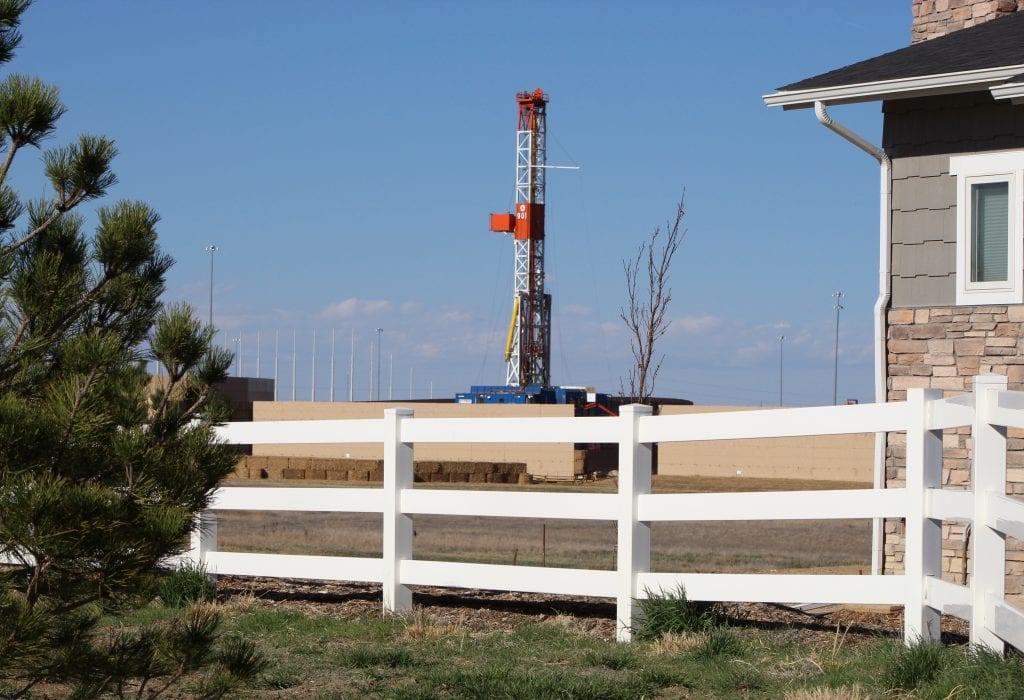 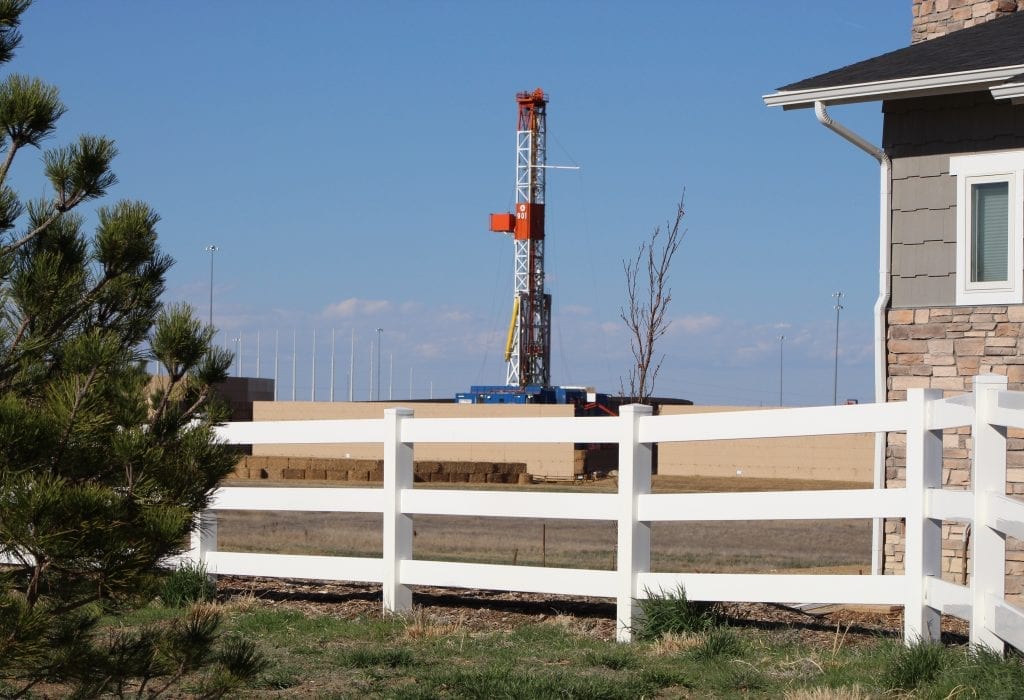 WildEarth Guardians this week called on the Colorado Governor, Attorney General, and Health Department Director to start enforcing clean air laws and order a halt to oil and gas development in Broomfield, Colorado.

The call comes as Extraction Oil and Gas has started drilling the first of more than 80 new oil and gas wells in the community at a multi-well fracking facility called the Interchange B Pad. According to officials with Broomfield, drilling began on April 19 at Interchange B and is expected to continue until late May.

Last fall, Broomfield gave the green light for Extraction to unleash this damage on the community.  Although Guardians and Residents Rights, a group of local residents, filed suit to block the approval in state court, the judge unfortunately has yet to rule on our case.

Extraction has since ravaged Broomfield, clearing wells pads, ripping up open space to lay pipelines, building new roads, and now moving in drilling rigs and other heavy equipment. The community has literally been turned into an industrial sacrifice zone. 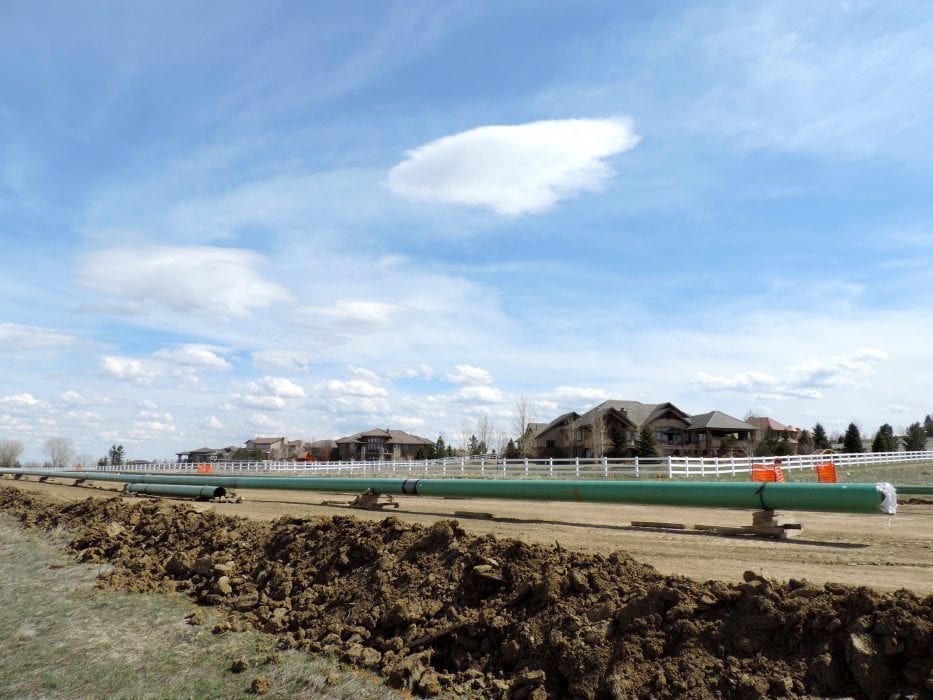 Oil pipeline being laid on open space near homes in Broomfield.

In the meantime, as part of our Colorado Front Range Oil and Gas Clean Air Enforcement Initiative, we’ve uncovered that oil and gas companies are routinely constructing their well facilities and fracking before securing legally required air pollution permits.

Earlier this month, the Denver Post published a damning exposé around industry’s practice of polluting without permits, highlighting how rampant the illegal practice is and how much it’s jeopardizing clean air along Colorado’s Front Range.

That story highlighted how Extraction’s facilities in particular are posing tremendous threats to public health and Coloradans’ quality of life because of the company’s law breaking. 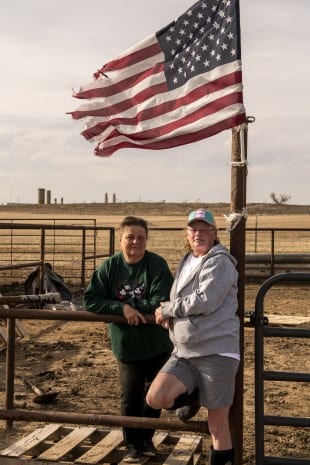 Janis Butterfield, left, and her partner Stephanie Nilsen at their home in Berthoud, Colorado. Butterfield and Nilsen live about 1000 feet south of Extraction’s Trott Pad, seen on the horizon. Photo by Michael Ciaglo Denver Post.

In Broomfield, Extraction is engaging in the same dangerous development, constructing and now drilling wells at the Interchange B Pad without obtaining permits legally required by the Clean Air Act.

This has to stop.

In our letter, we called on Colorado’s newly elected leadership, including Governor Jared Polis and Attorney General Phil Weiser, to put the brakes on Extraction’s unlawful development.

We urge you to take action to halt this illegal development and assure full protection of air quality and public health.

With reports mounting that Colorado air regulators have for years failed to enforce, inspect, and actually hold the oil and gas industry accountable, our hope is that the new Governor and Attorney General turn the tide on fracking and start putting public health and clean air first.

And there is good reason to be hopeful. Governor Polis’ new Colorado Department of Public Health and Environment Director, Jill Hunsaker Ryan, has made clear that her goal is swift action to improve air quality and defend public health.

In our state, we cherish the environment and expect clean air to breathe. It’s time for us to move as swiftly as possible to get back in good standing with federal [clean air] standards.

For Broomfield residents, the situation is urgent. However, for all communities along Colorado’s Front Range, the need for swift clean air action is dire.

WildEarth Guardians is stepping up to defend clean air and hold the oil and gas industry accountable to public health everywhere along Colorado’s Front Range. We hope Governor Polis and his Administration move toward the same goal.

They should start by ordering Extraction Oil and Gas to stop drilling in Broomfield.