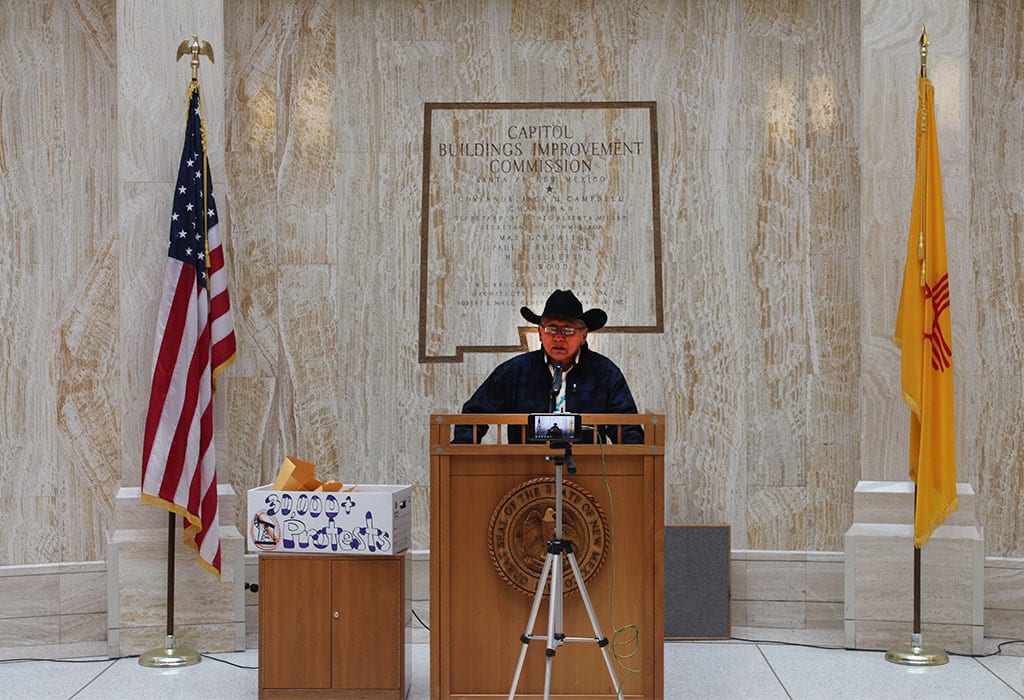 Greater Chaco at the Roundhouse

February 20, 2019, was Public Lands Day at the Roundhouse. In New Mexico’s short 60-day legislative session, this day is typically used by conservationists to celebrate the wealth of public lands in the Land of Enchantment. This Public Lands Day, WildEarth Guardians stood up to the biggest threat to public lands: oil and gas drilling.

As crowds gathered to cheer the state’s public lands and call for their protection, Guardians, along with tribal leaders, legislators, hunters and anglers, and allied organizations, presented the Bureau of Land Management with 33,000 public protests opposing its next oil and gas lease sale, which would sacrifice more public and tribal land in New Mexico to the oil and gas industry. 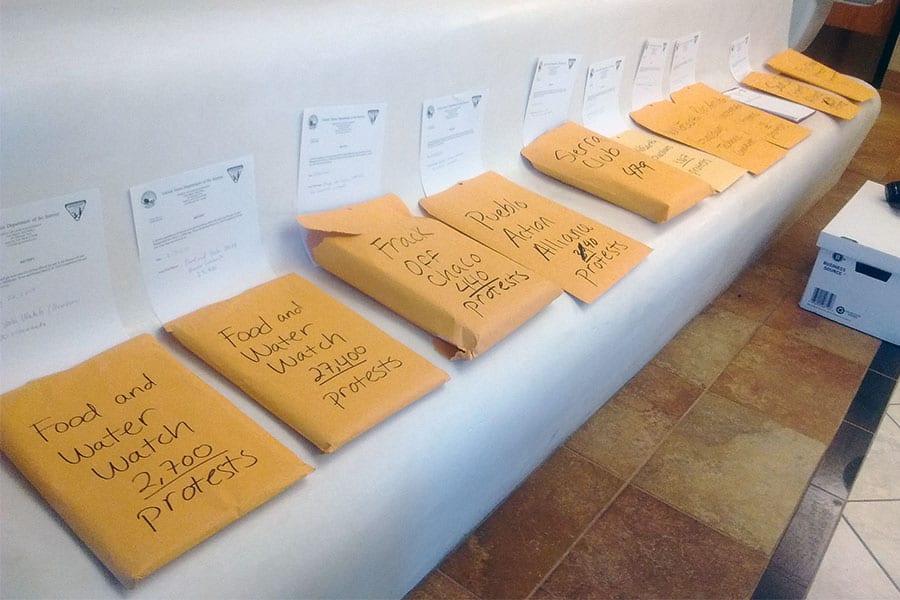 Much of the land up for sale is located in northwest New Mexico’s Greater Chaco region. Greater Chaco has been under siege from industrialized fracking, with over 91 percent of the available lands already leased to oil and gas drilling. While more fracking promises more climate destruction, more loss of public lands, and more threats to the cultural integrity of the landscape, it also threatens present-day Navajo people who reside in the region.

Opposition to fracking in the Greater Chaco region has been mounting within the Navajo Nation, and we are proud to stand alongside Navajo leadership in calling for community health protections.

The modern day Pueblo Tribes are also standing up to defend their ancestral lands. The All Pueblo Council of Governors has not only called for a moratorium on fracking in Greater Chaco, but they’ve also actively resisted the Bureau of Land Management’s past attempts to sell lands to the oil and gas industry. 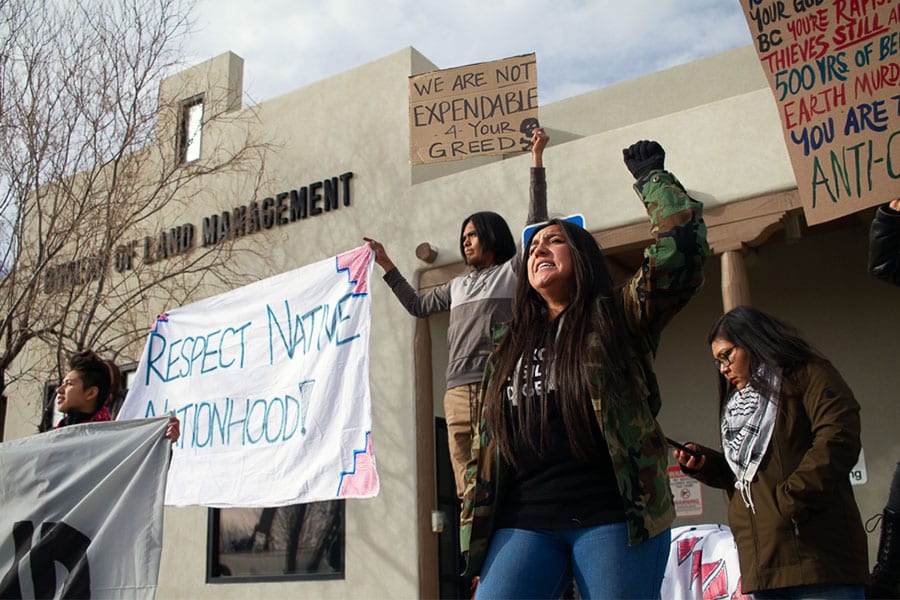 Together with our Indigenous allies, we’ve been at the forefront of resisting more fracking in this sacred landscape. At the same time, we’ve been working closely with New Mexico’s U.S. Congressional delegation to strengthen proposed legislation that would protect the Greater Chaco region from fracking and help advance a just transition away from dependence on fossil fuels.

Our work is paying off. At our event, New Mexico State Land Commissioner Stephanie Garcia Richard announced a moratorium on fracking on state trust lands in the Greater Chaco region, and there were promises from the New Mexico federal delegation to usher in more robust landscape planning and cultural protections. You can rest assured we will make sure these promises come to fruition. 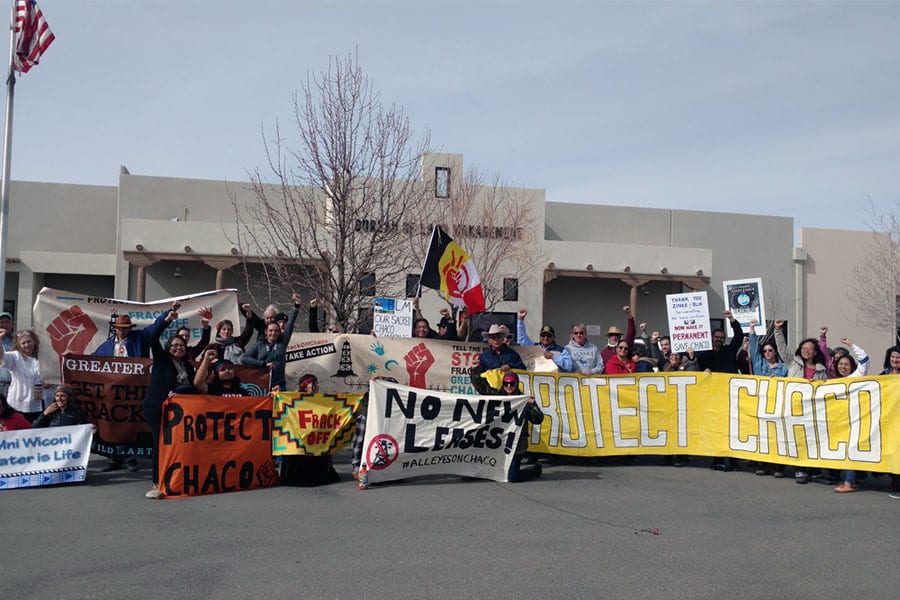