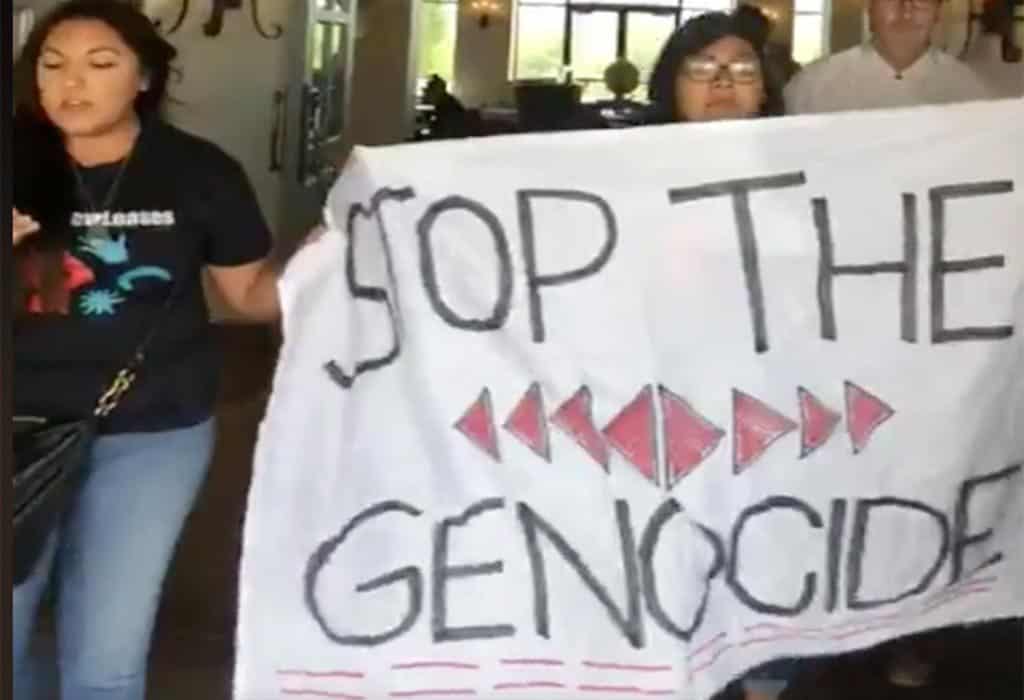 The activists, wearing #NoNewLeases t-shirts, demanded Zinke listen to public concerns about handing over public lands to fossil fuel industries. They unfurled a banner reading “Stop the Genocide” and recited policies to remind Zinke of the duties he is meant to uphold.

The statement the activists read is pasted below.

The Department of the Interior protects and manages the Nation’s natural resources and cultural heritage; provides scientific and other information about those resources; and honors its trust responsibilities or special commitments to American Indians, Alaska Natives, and affiliated island communities.

The United Nations Declaration on the Rights of Indigenous Peoples Article 32 states Indigenous peoples have the right to determine and develop priorities and strategies for the development or use of their lands or territories and other resources.

Article 19 States shall consult and cooperate in good faith with the indigenous peoples concerned through their own representative institutions in order to obtain their free, prior and informed consent before adopting and implementing legislative or administrative measures that may affect them.

Environmental justice is the fair treatment and meaningful involvement of all people regardless of race, color, national origin, or income with respect to the development, implementation and enforcement of environmental laws, regulations and policies.

Fair treatment means no group of people should bear a disproportionate share of the negative environmental consequences resulting from industrial, governmental and commercial operations or policies.