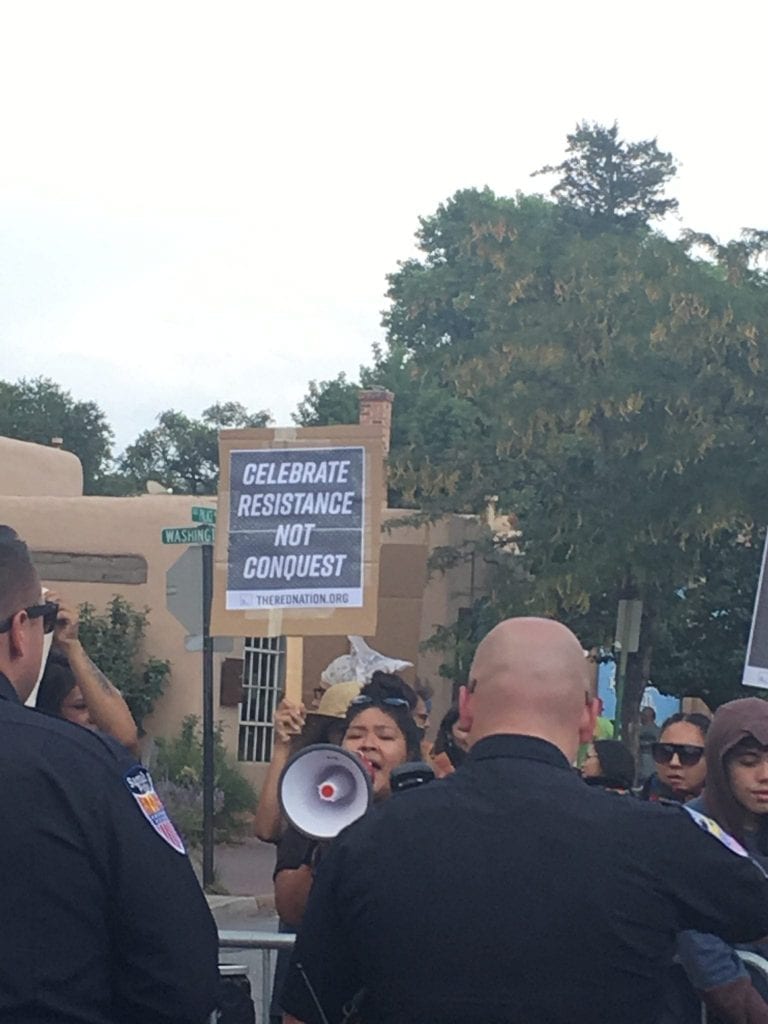 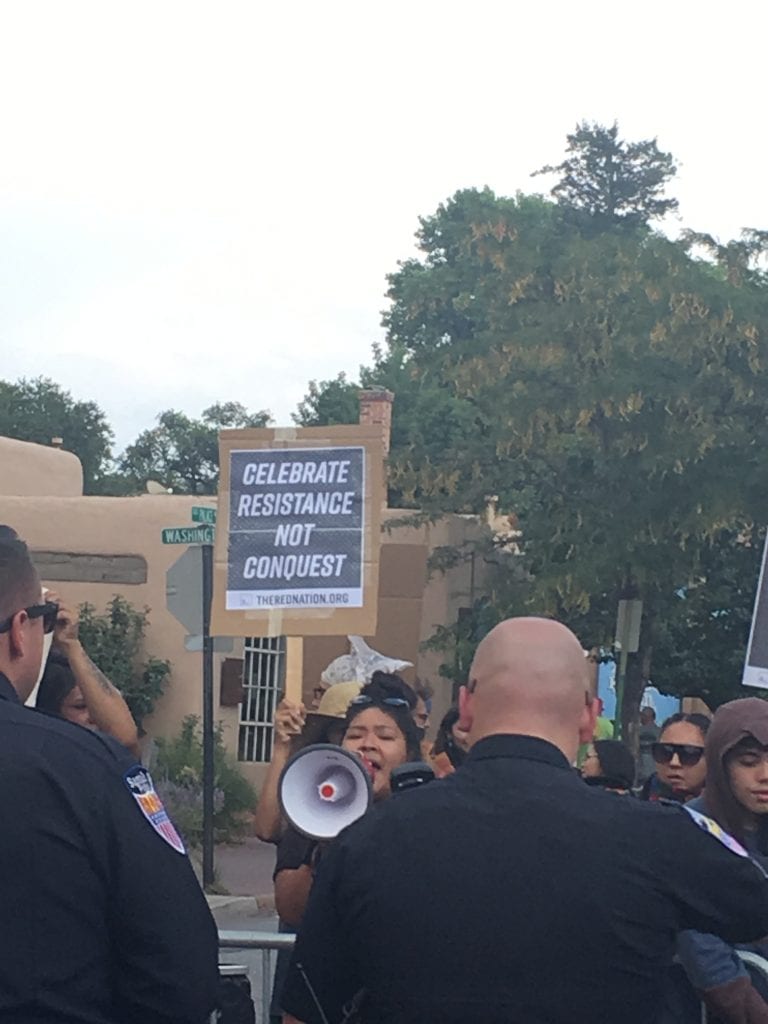 Last week, WildEarth Guardians joined hundreds in protesting the Entrada, a long-running annual pageant recalling the 1692 retaking of Santa Fe, New Mexico by Spanish conquistadors.
Protests against the Entrada are inextricably linked to our efforts to protect sacred sites from on going corporate occupation and fossil fuel exploitation. No place is this link more apparent and urgent than in the Greater Chaco region of northwestern New Mexico, where the fracking industry is running roughshod over Navajo residents and turning its back on the deep Puebloan connections to the area. 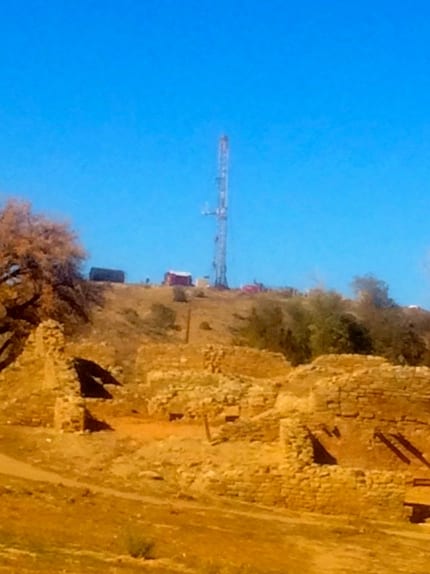 Together with our Indigenous allies, we feel it’s critical to speak out against and stand up to the Entrada, which erases centuries of Pueblo Resistance and minimizes current struggles to protect lands sacred to present-day Indigenous peoples.
The protest in Santa Fe on September 8 was raucous, but so important. As the Santa Fe Reporter described:

The same spirit that captured the world’s attention at Standing Rock—a reinvigorated defiance by Native people to excuse injustices both past and present—rocked the Plaza area today, with tensions boiling before Santa Fe Police directed protesters to a designated “free speech zone,” where the crowd gradually thinned over the span of a few hours.

At least eight people were arrested as chants of “No pride in genocide” echoed throughout the crowd that overpowered those in attendance to reenact the Spanish reconquest of Santa Fe. Check out some of the video.

Thankfully, all of those unnecessarily arrested have been released. For more photos and videos of the event, see our WildEarth Guardians Flickr album. To learn more about the issues, follow Red Nation on Facebook. 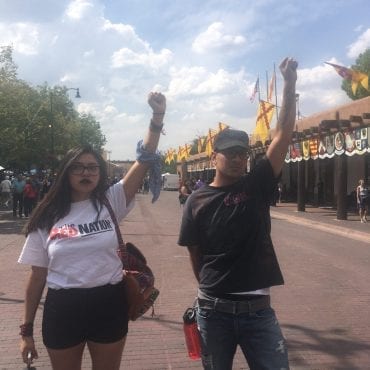 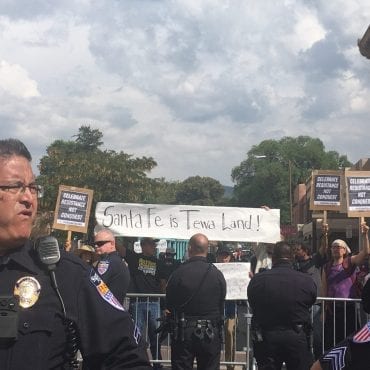 The protests against the Entrada could not be more relevant today given the threats facing the Greater Chaco region, which is the heart of the Ancestral Puebloan civilization and present-day home to the Navajo.
While the region’s cultural integrity and its communities are completely under siege by fracking, some are actually willing to support more fracking in exchange for protecting a handful of archaeological ruins. While it’s critical to protect the very ruins that distinguish the Greater Chaco region, these organizations are disregarding the sacred fabric of the region, undermining it’s deep importance to Indigenous peoples, and worse, disempowering present-day resistance to fracking.
Ultimately, this is about justice. And whether it’s the Entrada or fracking in Greater Chaco, our goal must always be focused on justice for people, for the planet, and for the future.
Share This